But How Much Caffeine Is Really In My Cup Of Coffee?

But How Much Caffeine Is Really In My Cup Of Coffee?

Let’s start with what caffeine is: Caffeine is an alkaloid that can occur naturally in several different plant species. When you drink your cup of coffee, the caffeine interacts with the neurotransmitters within your brain; blocking adenosine, and by consequence, affecting the activity of dopamine, serotonin, and even norepinephrine (in higher doses).

….What does that even mean?

These neurotransmitters are responsible for various brain functions: memory, impulse control, pleasure, attention, mood, etc. Most notably, caffeine can increase the release of dopamine; improving your mood, and helping to preserve long-term memory. Put simply: caffeine can help keep you alert, and feeling ready to take on the day.

The average 12oz cup of Arabica coffee can contain anywhere from 90mg-200mg of caffeine.

Contrary to popular belief, this caffeine content is not contingent on it being a light or dark roasted coffee. Instead, it depends on the freshness of the coffee beans, and the brewing method that was used to prepare the cup.

In contrast, the average 2oz dose of espresso contains only around 50mg of caffeine.

Wait, I thought that espresso was the strong stuff….

Yes, by volume, espresso is more concentrated in both caffeine, and its intensity of flavors. However, next time you need the extra pick-me-up, a fresh cup of drip coffee might be the way to go, even if it takes a bit longer to drink. If you really need to get your day started, you could order a Red Eye and have the best of both worlds (a cup of drip coffee with espresso added).

What about cold brew?

Cold Brew coffee is coffee that has been steeped, usually, between 12-18 hours in cold water. This brewing method creates a smoother cup of iced coffee, helps to minimize any bitter tasting notes, and allows the natural sweetness of the coffee to really shine.

Many cafes will insist that cold brew has the most caffeine. However, on average, a 16oz cup of cold brew will have about 200mg; putting it on the high-end of the caffeine potential of a 12oz cup of drip coffee. Despite this, most people will experience the caffeine kick faster, but this is simply because it is easier to drink faster, and in higher volume.

Be on the look out for our next post to get the low-down on Nitrogen Infused Beverages. 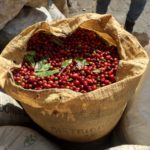 Where Does Coffee Come From? 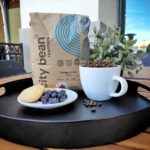 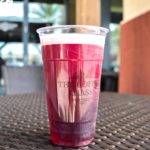 Transforming your daily grind one cup at a time.

Download our mobile app and earn rewards each time you visit.

Where Does Coffee Come From?